It's A Small World After All

Well, it's been quite a week.  One week ago today, I was in Dixon for the Gentlemen of the Road festival with 15,000 other people, and tonight I was at the Minnesota State Fair with countless thousands.

We were scoping out the venue for the concert when Dawes' tour bus pulled up.  I looked at the driver and he was wearing a Dixon Stopover shirt :-)  This made me happy!  We wandered around  a bit and then made our way back to the bandshell to try to secure some prime seats for the concert.

Then the world shrunk significantly.  The girl (Katelyn) we sat next to in the second row at the Dawes concert had camped RIGHT next to our tent on the Page Park ball fields in Dixon, IL, just seven short days ago.  She was also just one row back and slightly over from us at the Mumford & Sons concert, too.  So, how cool is it that at the Dawes concert tonight we sat next to my tent neighbor in Dixon?!  No lie! It was so fun to talk about our shared experiences as we waited for the concert to begin tonight!

Aside from random fans who were both in Dixon and at the MN State Fair, the concerts themselves were somewhat different.  Very different seeing a band with a few hundred other people, as opposed to a few thousand.  This was also supposed to be a "stay in or by your seat" sort of event, which pretty much didn't happen as soon as they sang "When My Time Comes."  At that point people started rushing the stage (which had no barrier), and we joined them, landing a spot in the second row.

Dawes put on a spectacular show...just great music all around!  And hubby got to see how I do this concert-thing. 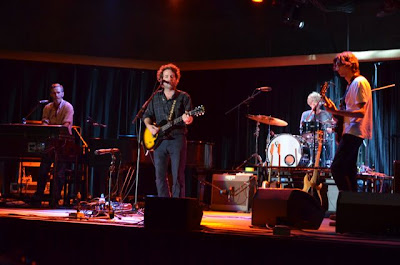 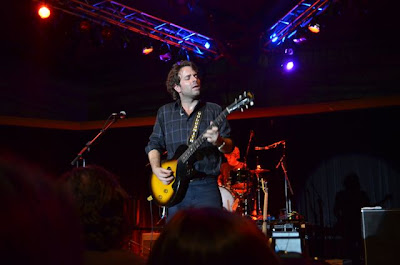