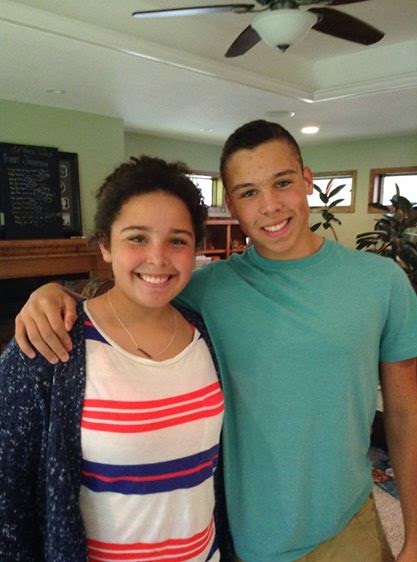 Fifteen years ago today, we got a phone call telling us that these two were born - five weeks early.

We hopped in our van and drove through the night to Waco, TX, to meet our new children.  We didn't get to see them right away because they were in NICU, but we did get meet their wonderful mom for the first time.  When we did get the opportunity to see the twins, they were adorable, and they still are.

Aidan & Emily, I love you both so much!  You add so much fun and excitement to our family.  It is a privilege to be your mom, and I am so proud of the wonderful young man and young lady you are becoming!

I've had a few requests for my homemade noodles, so here is the recipe. I'm sure you could find the exact same recipe in almost any older recipe book, as it is the same recipe my grandma used (I think)

In a mixing bowl, combine egg, milk, and salt.  Stir in enough of the flour to make a stiff dough. Cover and let rest for 10 minutes.

On a floured surface roll dough into a 16x12 inch rectangle. Let stand 20 minutes.  At this point I use a pizza cutter and cut it into noodles (the size is completely up to you)  Spread noodles out and let dry on a rack or waxed paper for about 2 hours. Drop noodles into a large amount of boiling water. Cook, uncovered 10 minutes or until done. Makes about three cups.

There you have it!  I usually triple or quadruple the recipe for our family and any guests that happen to be around
Posted by Crazy mom at 12:00 AM No comments: 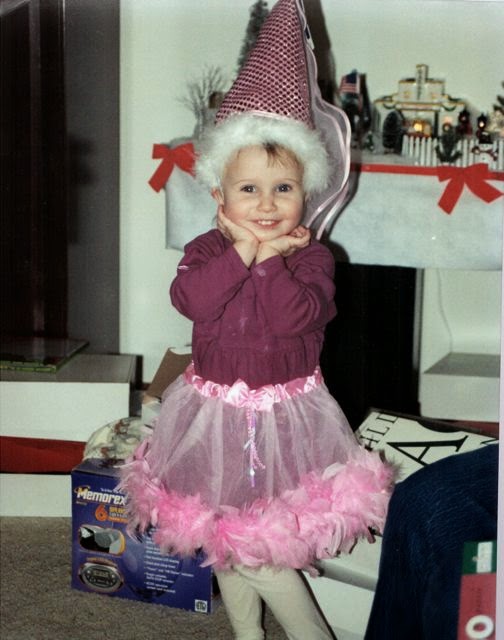 No longer 16, but still as sweet as ever!

Molly, I am so thankful to have you as a daughter.  I love so many things about you: your love for the Lord, your forgiving heart, your loyalty, your seemingly endless musical talent, your writing, your drawing, your crazy willingness to accompany me on my many adventures....and the list goes on...

I hope this coming year brings many, many blessings your way!

Yesterday was a very revealing day.  We've waited 20 long weeks to find out the gender of our grandbaby. At long last, the gender has been revealed....it's a.... 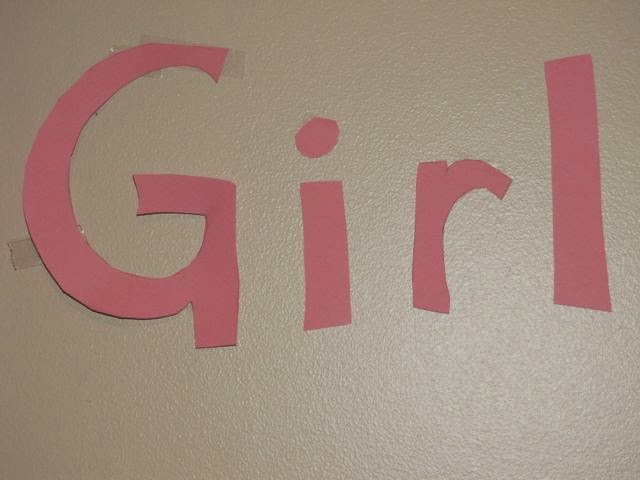 Evan & Erin are having a GIRL!!!!!!  Sart buying the dresses and cute little girlie things now!  Nina, with help from many other people, threw a most wonderful reveal party.  Here's the proof....


There were lots of tasty pink and blue goodies... 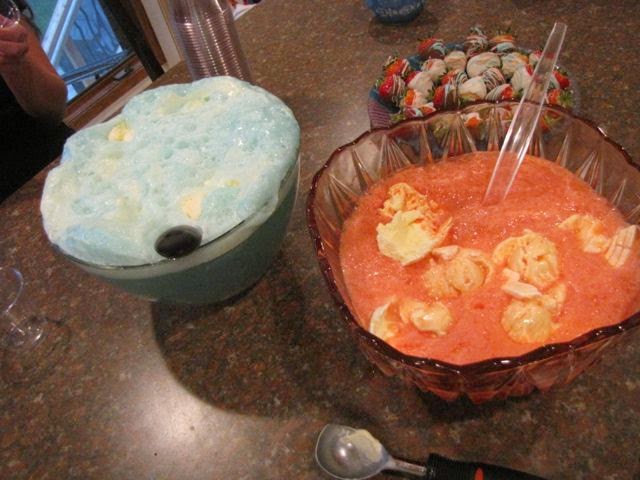 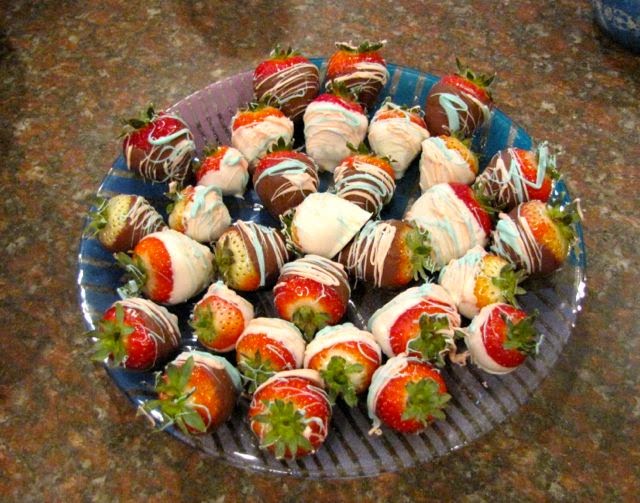 There was helpful information for everyone to make their prediction.. 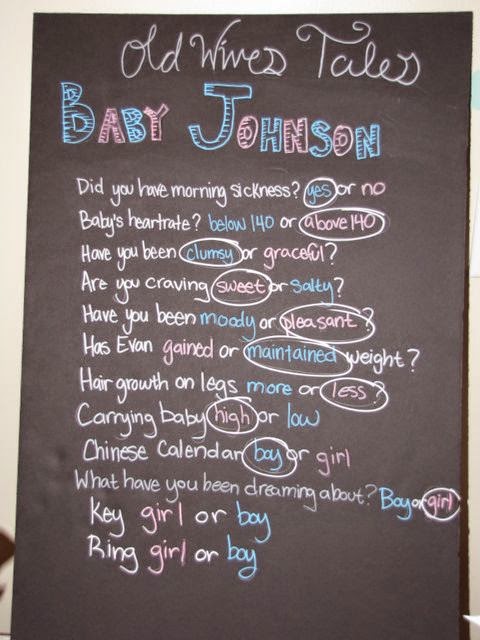 Finally, people had to make their prediction.  A majority chose girl. (Nina & Molly both new the gender already, but they planned to take opposite sides) 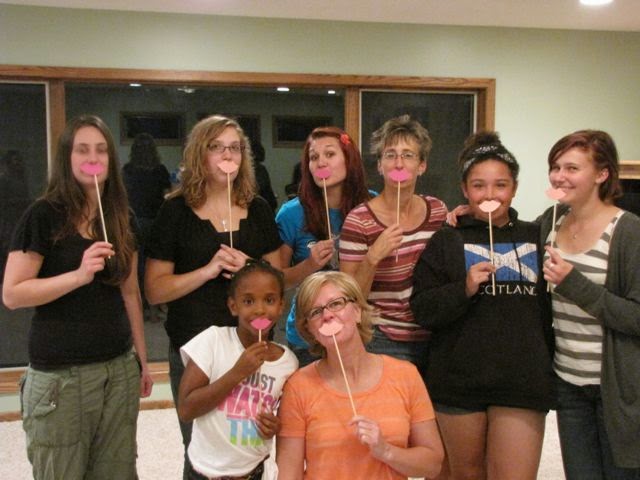 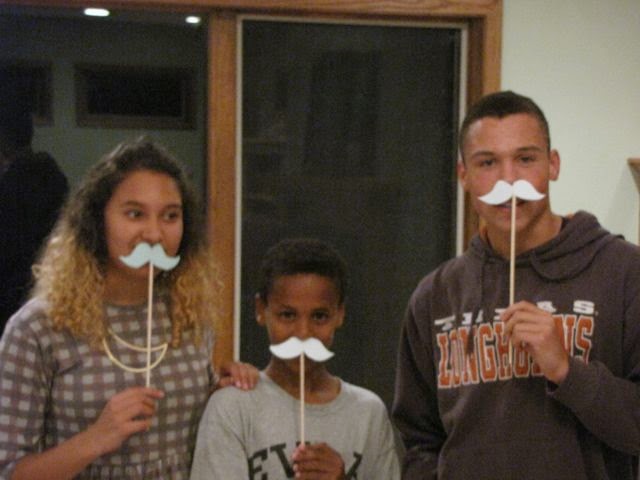 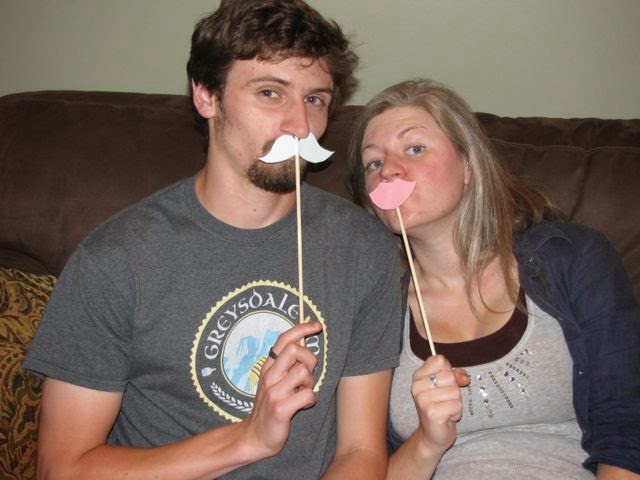 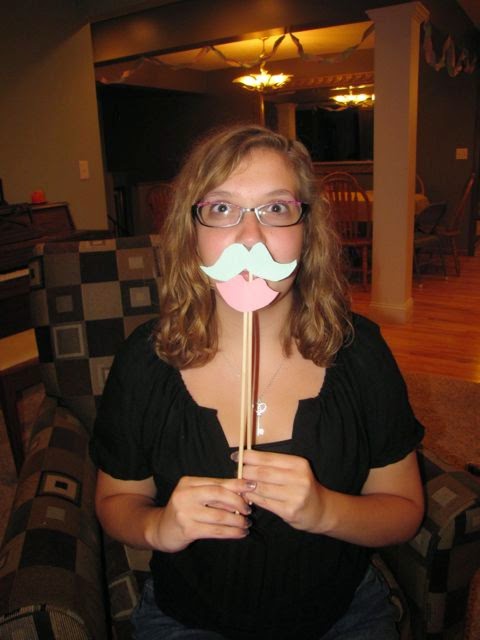 And then...the moment of truth! 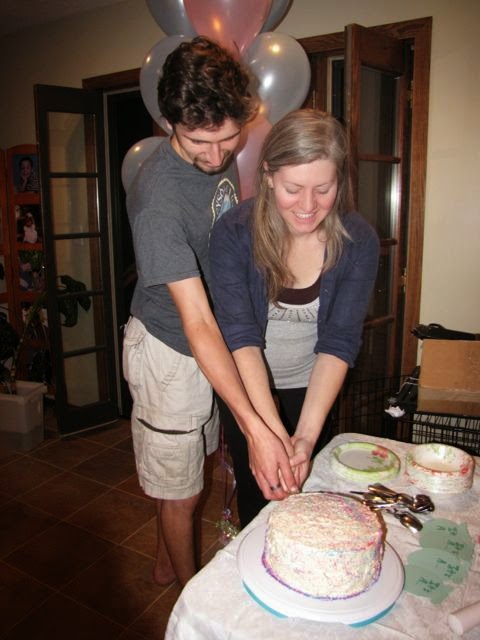 We would have been thrilled either way, but we are over-the-top excited for the sweet little girl's arrival in January!!!

September 2 marked the beginning of birthday season here at our house, and now the birthdays come rapid fire like a machine gun.  So, you will all forgive me for being a day late in wishing Zo-Bug a happy 8th birthday! 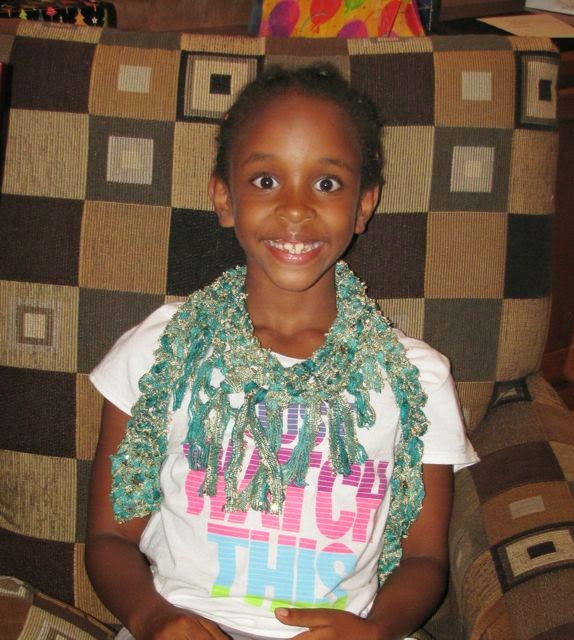 The little Zo-ster is EIGHT!  How did that happen?  Second grade?!

Zoe, you add so much laughter and life to our house!  I am so thankful to be your mama!!

Now I Have Two!

I have two adult children!!!  I'm not quite sure how that happened, but it did!

Eighteen years ago today, a teeny, tiny baby was born prematurely.  It was Labor Day - how appropriate!  We wouldn't know about this baby, all hooked up to wires and tubes in the NICU, for another eleven days. On Sept. 13 I received a phone call from our social worker, "I know you are not done with your homestudy, but...there's been a baby girl born...."

Eighteen years later I can still remember that phone call!

Ten days later, Nina was released from the hospital and came home to be our daughter.  From our first contact with the adoption agency until we brought Nina home was six months.  That was God!  Domestic adoptions rarely occur that quickly.

I can't really put into words how much I love this girl!  That's God, too, btw. Those of you that have known us for many years, know that Nina was not one of those "easy to raise" children.  I'm not being mean in saying that, just factual.  She will readily admit to this now.  When she was younger we used to be terrified of her teen years, fearing that she would be in utter rebellion by this time.  Truth.

But God - being rich in mercy to her and to us - kept her from making really bad choices, he kept our relationship with her intact through much conflict, and He eventually called her to himself, to become his daughter.

So Nina, on your eighteenth birthday, I want you to know that I love you. I love you, not for what you do or don't do, but for WHO you are.  I so enjoy YOU!  It is a privilege to be your mom! 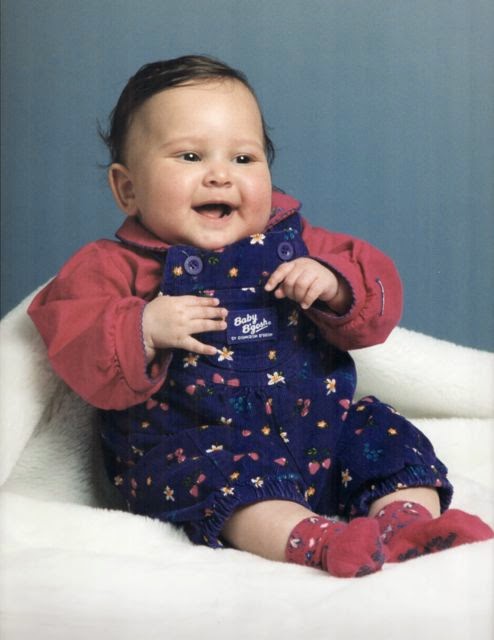