Despite having to come out of the Boundary Waters a day early because of the forest fire, the boys had a great trip. And it's a good thing they did come out early, as the fire grew significantly after the guys got out. It's currently more than 80,000 acres large :-( Anyway, here are a few pics...


Here's the smoke from the fire on the day they paddled in. 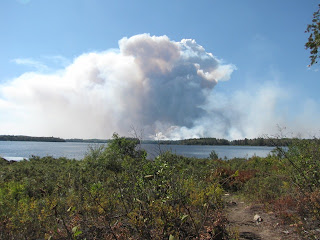 Whittling is a favorite activity up there :-) 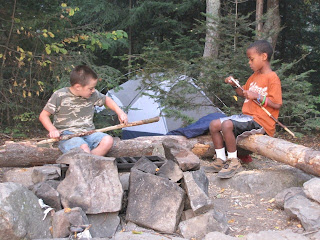 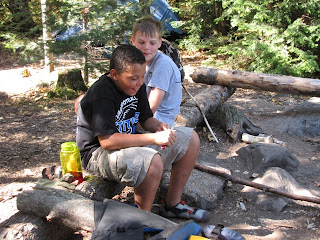 Thankfully, the weather was BEAUTIFUL!  I'm not quite sure this is the best way to paddle a canoe though.... 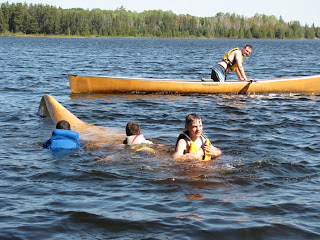 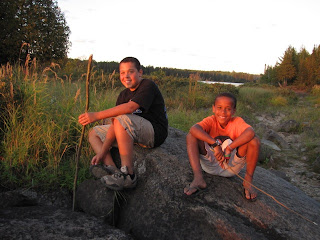 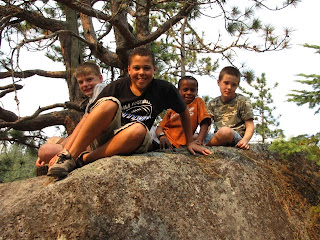 The smoke in the air did strange things to the moon. 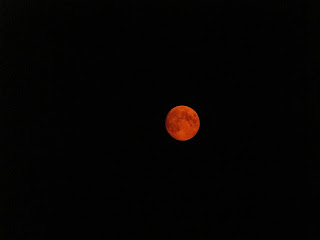 Then they were told to evacuate, and this is why... 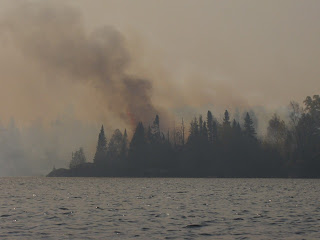 You can see the flames in the photo above :-(

And here is what the area looked like after the fire had moved through. :-(  It makes me sad because it is usually so incredibly green up there.  It will rebound, but for now it looks quite devastated. 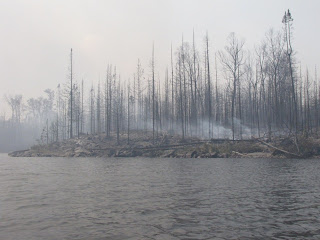