Well, That Was Fun

In a wintery weather sort of way.  We had a little snowfall here over the weekend...


Here's the neighbor's car, buried in a drift of snow.  I think we got about 20 inches, but the wind was blowing quite a bit, so the drifts were much deeper. 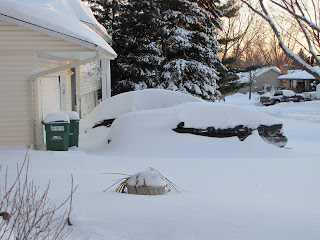 Chris managed to get out for some snowshoeing and photography :-) 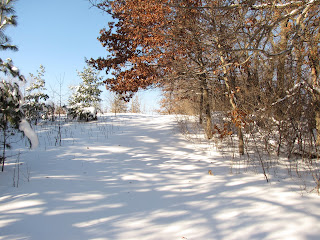 It's not often that we get snowed in here in MN (due to the generally excellent snow removal), but this weekend was one of those rare occasions.  It was so nice to not be able to go anywhere!  Everyone was home the entire weekend which NEVER happens anymore.

I baked two batches of cookies and some bread and Nina made some fudge because there's nothing better than baking/cooking when you're snowed in!  By noon on Sunday our street had been plowed and Chris a few kids were able to get to the tree farm to cut down our Christmas tree.