We believe in beginning the celebration early, so let me wish you a Merry Christmas Eve Eve!

Since not all my blog buddies and Facebook friends are on my Christmas list, I've decided to post our Christmas letter here.  For those of you who are waiting for your letter in the mail...IT'S COMING :-)  We mailed the bulk of them out today, so they should be in your mailbox tomorrow (for those that are local) or Monday (for everyone else).


Christmas Update
The following document is a TOP SECRET summary of the J*Family’s activities over the past 12 months.  Information found herein was released to Wikileaks by an unnamed source, although there are strong indications the J* family’s dog, Snickers, is responsible.  It reveals potentially humbling and embarrassing information about the J* Family.
**** CHRISTOPHER **** Mr. J* began the year as an independent consultant, but in April went back to his previous employer, the Federal Reserve Bank.  Mr. J* continues to maintain his persona of household maintenance dude, kids’ sport fan, devoted follower of Jesus, and all-around family man.
**** BARBARA **** Started an unlicensed chauffer business out of her home, frequently seen shuttling children here, there, and everywhere.  She was absent from her abode for two brief stints over the course of the year.  During her absence she was spotted first in the Boundary Waters and a few weeks later in Scotland.
**** EVAN **** Continues his disguise as an up-and-coming bagpiper/college student.  It’s a disguise that allows him to blend in quite easily with his surroundings.  He was frequently sighted at Scottish highland games throughout the Midwest and then in Scotland.  He no longer requires the chauffer services offered by Barbara, in fact, it appears that he is in the process of stealing some of her business.
**** NINA **** Appears to be pursuing some sort of future in electronics through the near continual use of devices such as the telephone, iPod, computer, etc.  She was extracted only briefly from her electronics tether for a get-away-from-it-all trip to the BWCA.  Friends, music and nail polish all occupy her time as well, and do not interfere with her technological learning.
**** MOLLY **** Judging by the amount of metal in Molly’s mouth, it appears that she has some sort of secret communication device planted in there.  She takes monthly visits to have the wiring tweaked.  She may have been trying to make transmissions from “Church Camp” in June and the Boundary Waters in August.
**** AIDAN JOHNSON **** Appears to be the “muscle” in the family.  Under the auspices of playing football, basketball, soccer, baseball, etc., he is really in training for dangerous missions.  In fact, our source has witnessed Aidan undertake many dangerous missions over the course of the year.

**** EMILY **** Has left a very lengthy paper trail.  Wikileaks has obtained hundreds of documents produced by Emily.  Most of them involve pictures of very large families or stories about animals that can talk. Emily is known to have secret rendezvous with her friends while playing indoor soccer or attending church.

**** MARCUS **** Provides much of the manual labor in the J* home.  We might conclude that he is being used as some sort of slave if our source did not witness him continually volunteering for a variety of work assignments.  He also appears to be in training for just about every sport in existence.

**** RAELEA **** Apparently is participating in some sort of espionage involving a great deal of cardboard and the filling out of many forms.  We have reason to believe that she is constructing a spy satellite completely out of cardboard.

**** ZOE **** Is the public relations person for the J* family.  She puts everyone at ease by her cheerful smile and goofy countenance so that no one will really suspect what she is up to.  It seems her primary concern is sneaking candy from the cupboard without the knowledge of her parents.
And the greatest secret of all to be revealed:
But when the goodness and loving kindness of God our Savior appeared, he saved us, not because of works done by us in righteousness, but according to his own mercy, by the washing of regeneration and renewal of the Holy Spirit, whom he poured out on us richly through Jesus Christ our Savior, so that being justified by his grace we might become heirs according to the hope of eternal life.               Titus 3:4-7
In summary, Wikileaks has determined the J* family members are really agents on a mission from God.  New leaks are posted weekly at http://barbandchriszoo.blogspot.com/
Merry Christmas!  Stay informed! 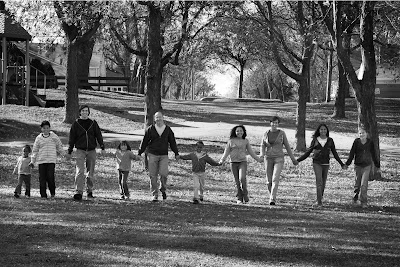