Yes, indeed, for family night last night we went on a scavenger hunt at the Mall of America!  What a hoot! Do you know how hard it is to find someone wearing red shorts in Minnesota when it is -10 outside?  Pink shorts were easy, but red ones?  None to be found! 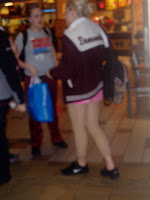 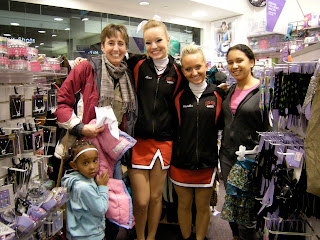 We had to settle for red skorts, which were everywhere thanks to some dance competition at the mall earlier in the day.

Shaking hands with a security guard was probably the easiest thing to "find", that and cut-out people (they're everywhere at the Mall). 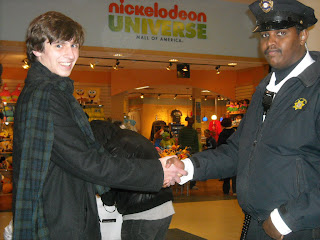 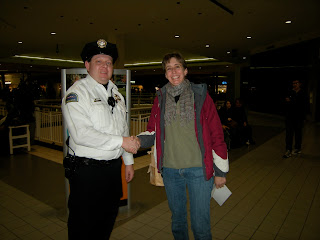 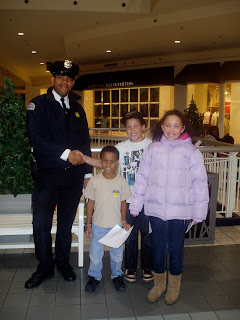 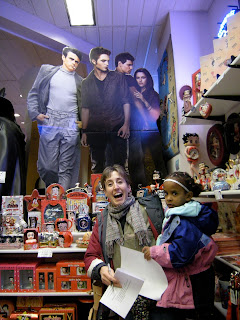 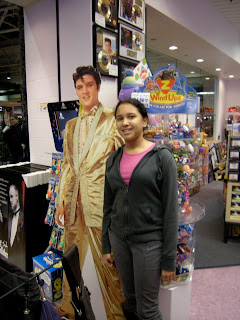 There were, apparently, no living famous people at the Mall last night, so we had to settle for some dead ones. 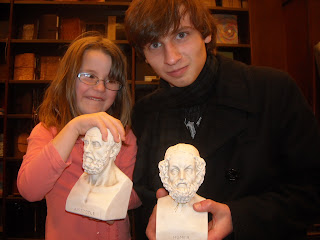 The Minnesota and American flags were easy enough to find. 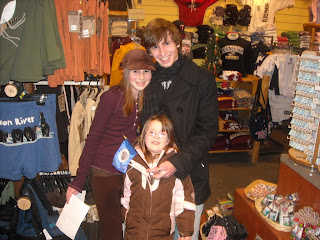 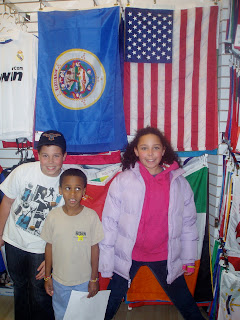 It wasn't too difficult to find store clerks with three or more piercings either. 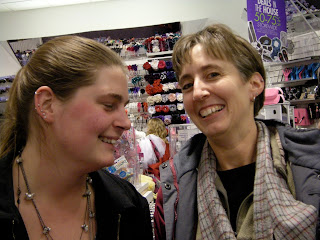 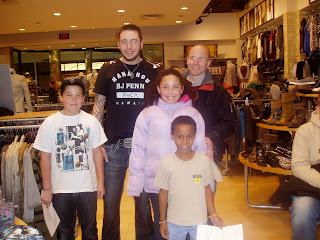 Pigs were also easy to come by. 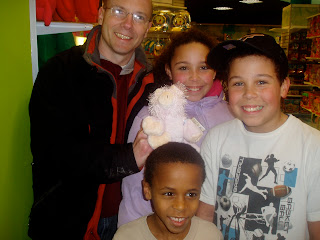 I'm sure there were lots of mismatched socks, but they're a little hard to see when everyone is wearing long pants and shoes or boots.  Thanks to Nina's brilliant idea, our team did, indeed, find a young lady willing to show us her mismatched socks!! 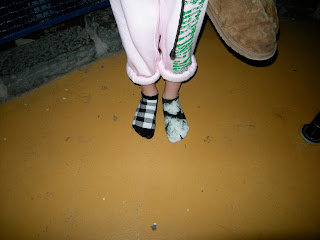 Now, we're not quite sure which team won because bonus points were offered for several things.  If one of your team members is in the picture you get an extra point.  If all of your team members are in the picture you get a point for each person.  You also get double points if you find one person or thing that meets more than one of the criteria on the list.  For instance, this kind lady was a clerk with multiple piercings and colored hair.  I think she is worth four points! 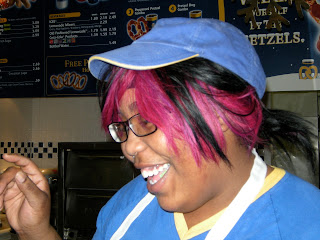 Aside from having a blast, we learned that people are really nice about weird people coming up and asking to take their picture.
Yes, we DO have more fun than a family has a right to :-)
at January 09, 2011 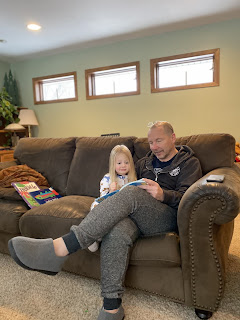 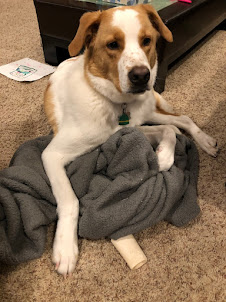 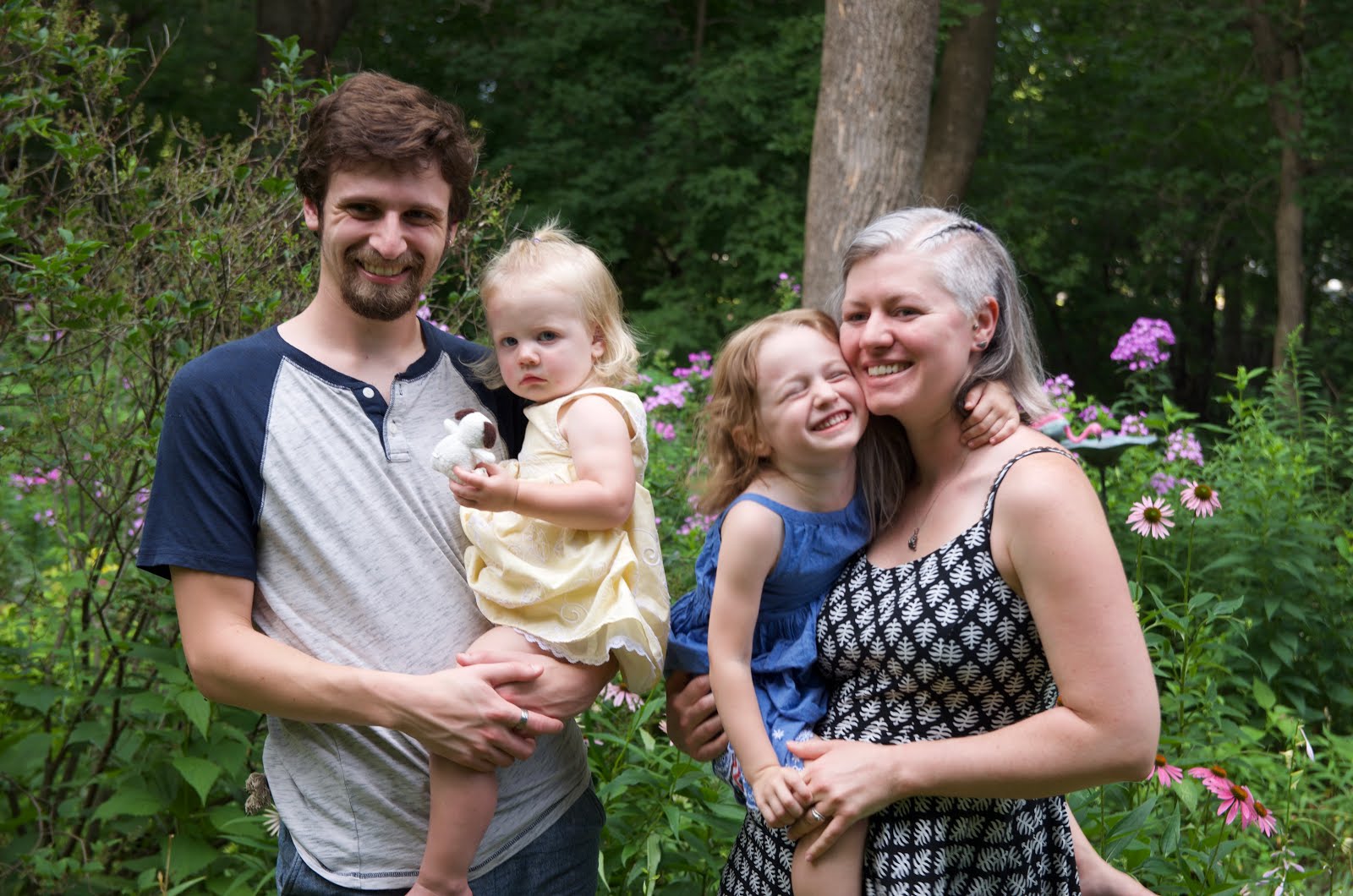 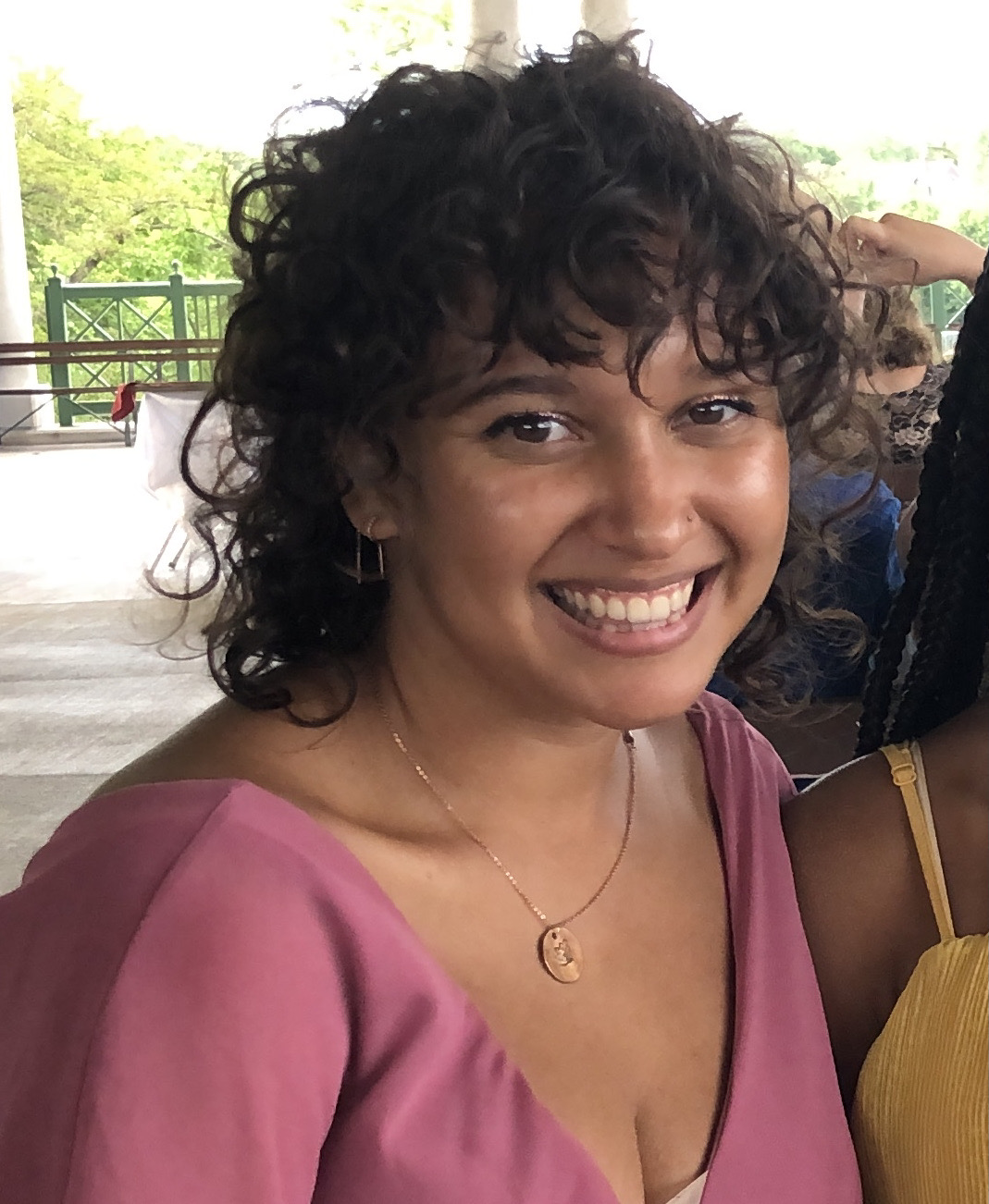 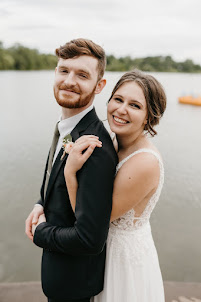 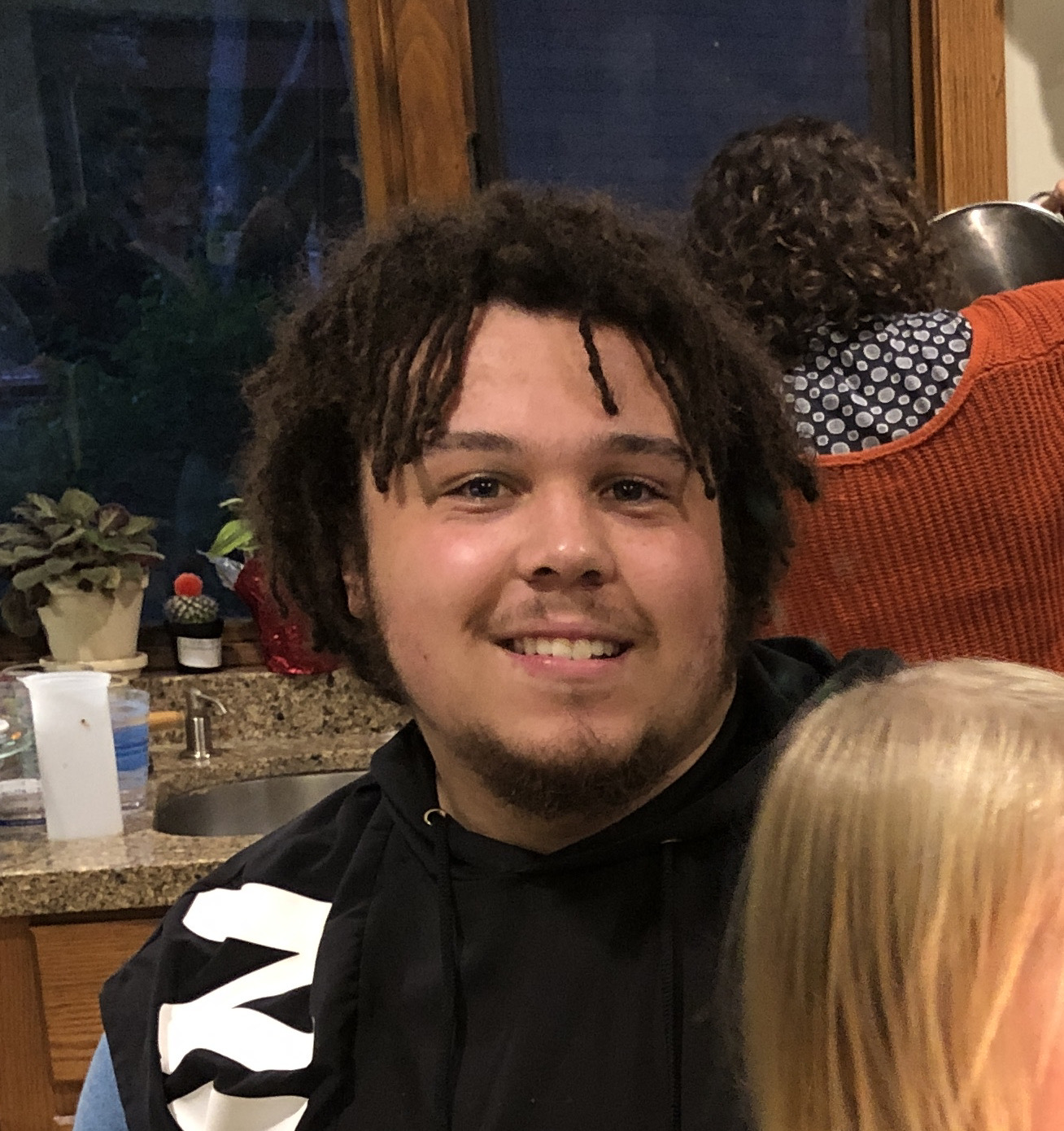 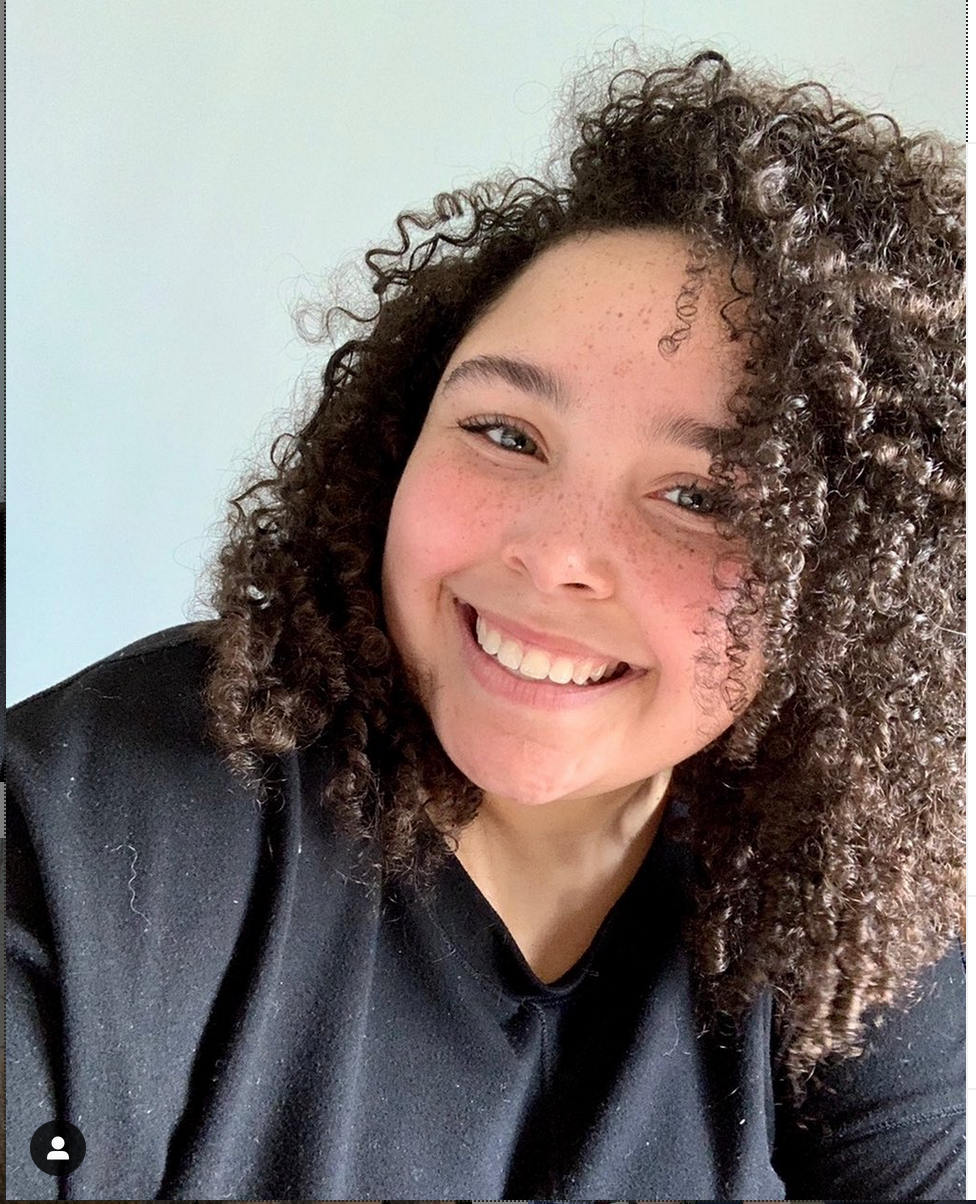 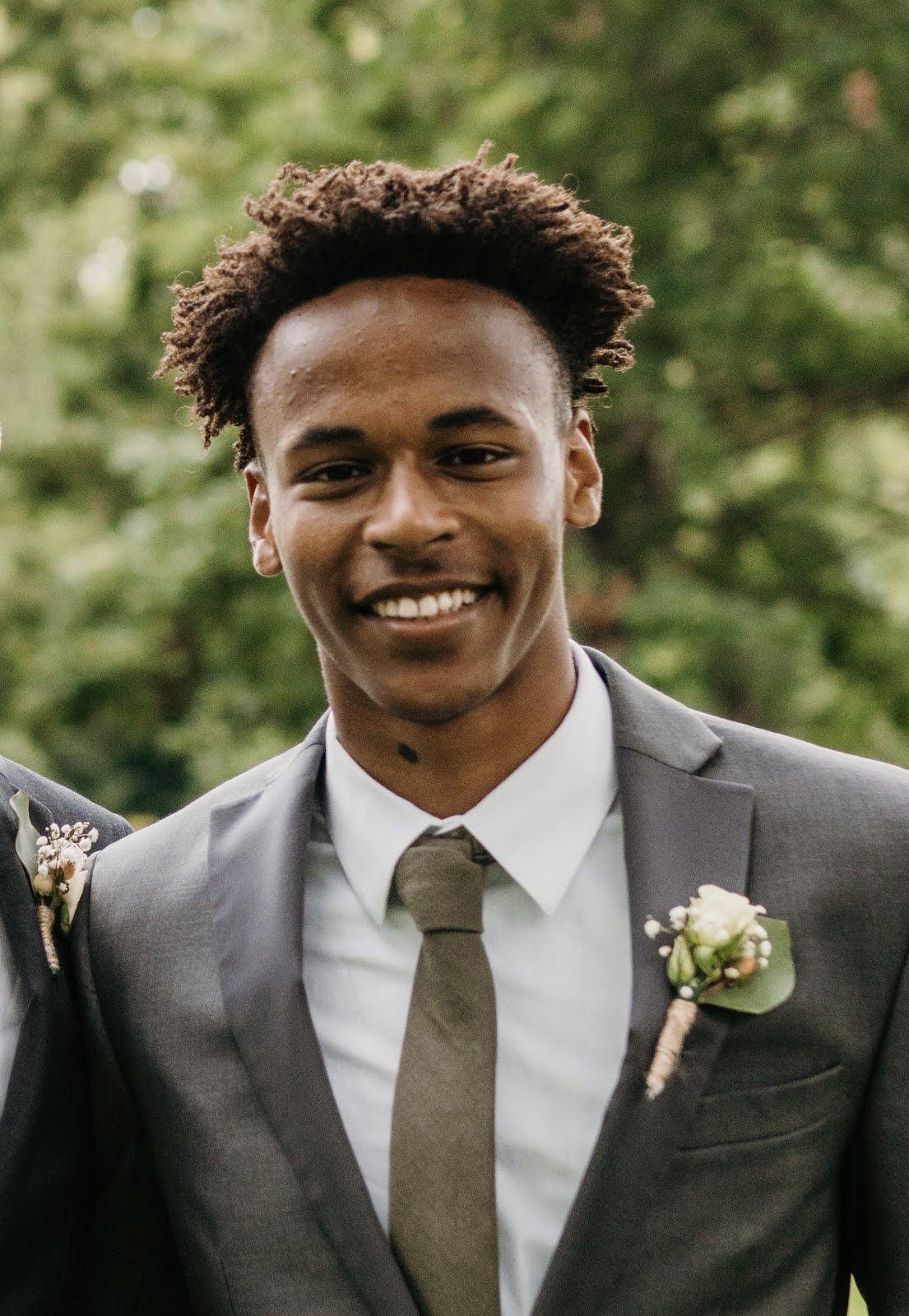 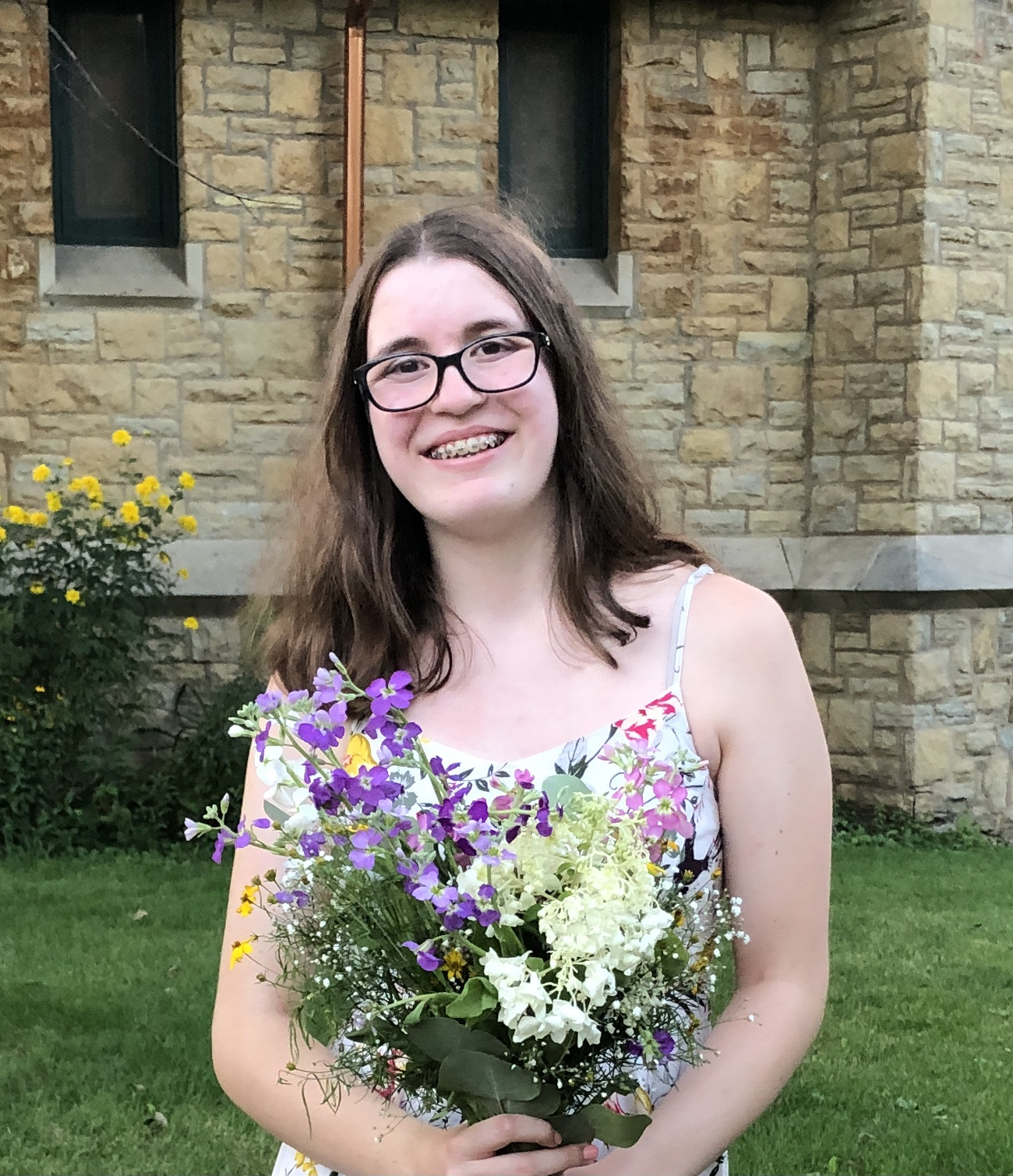 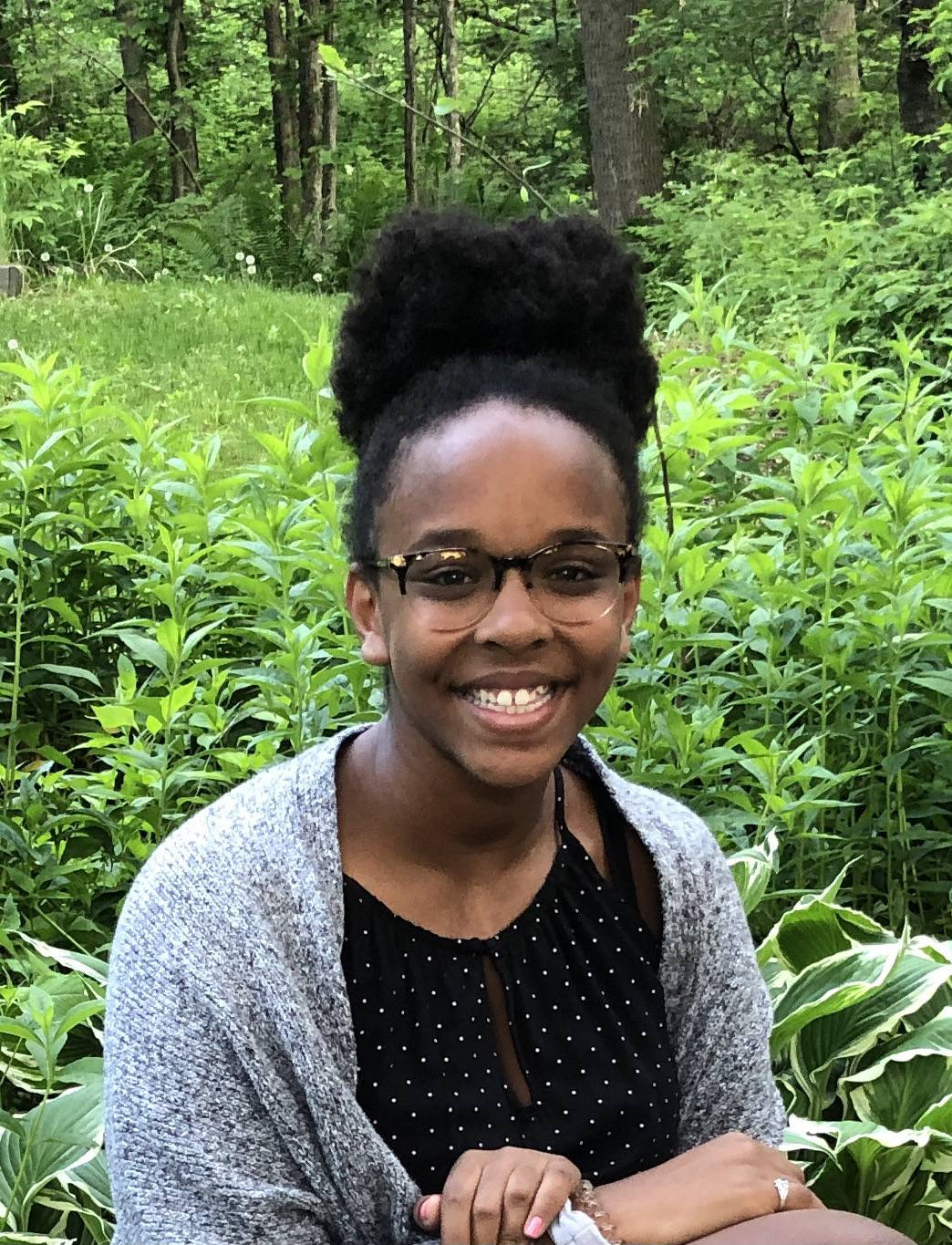