Two Down, One To Go

Well, Evan has finished two of his three bagpiping performances for the weekend. Last night the band performed at the Mpls Public Library and tonight Evan had his first solo at the MACHE conference. He did great both nights.

I almost started crying as he was on stage at MACHE (which, if you know me isn't really surprising). He did really well and I just wanted to jump up and say, "he's MY son!" Thankfully, I restrained my impulse and just clapped really loud. Unfortunately, he pictures from tonight didn't turn out because Chris was bringing our better camera He was unable to get a parking spot (due to the Wild game), so he and the other kids were not able to come see Evan play :(

Anyway, here are a couple pictures...
Okay, you can' treally tell, but Evan is the fourth from the left 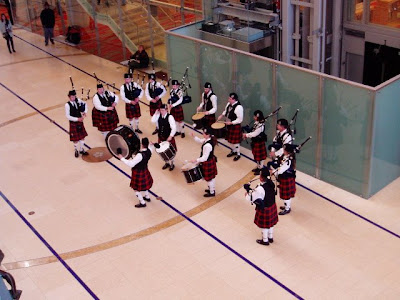 He's still fourth from the left, but you can see him better. 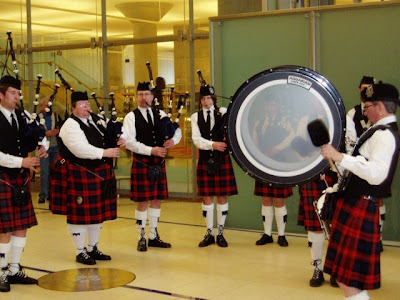 Believe it or not, this was the sign outside of the room they gave him to warm-up in. I got a good chuckle out of that one, since it was certainly NOT quite while he was in there! 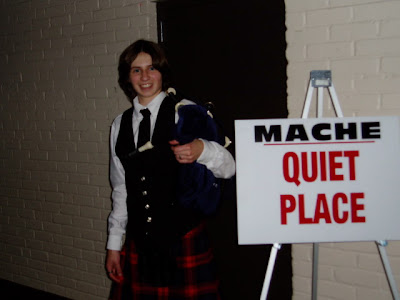 Unfortunately, this was the only semi-acceptable picture of him actually performing :( You'll have to trust me - he looked great and he played great! 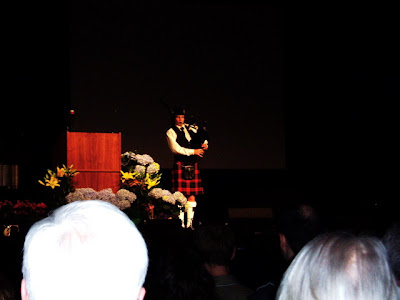 Okay, time for me to go iron his shirt again for tomorrow's performance...
Posted by Crazy mom at 10:28 PM