For some inexplicable reason, my older children decided to learn how to waltz last night. Not quite sure why they were doing it, but I was happy to see it nonetheless.
Things didn't start off on the right foot (quite literally). 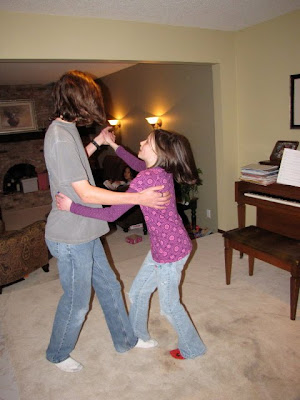 And I think they spent more time talking and laughing than dancing. 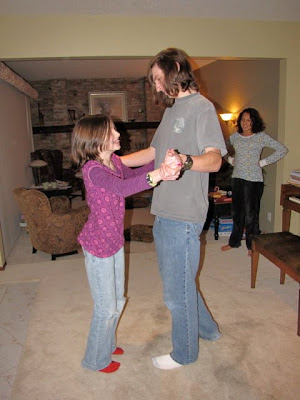 At times, it looked more like aerobics than waltzing, but that could be because they were dancing to a bagpipe waltz (who knew there was even such a thing as a bagpipe waltz). 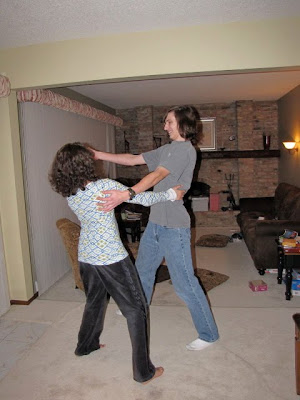 All-in-all, I think it was a valiant attempt by my girls to avoid bedtime. It worked, until Chris told us we were being too loud :-( He tells us that a lot. My poor husband really likes quiet, something he gets precious little of around here.