We went to a dual-purpose party at my sister's house yesterday, celebrating her daughter Rachel's birthday and their new deck.  You know, a deck-warming, birthday party.  As always, when my family gets together, it was a smashing good time and I have the pictures to prove it.

Raelea enjoying her rare cup of pop (or soda for the rest of you). 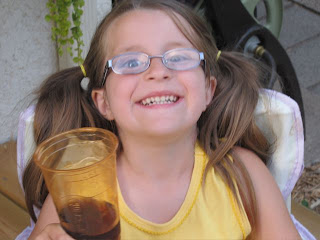 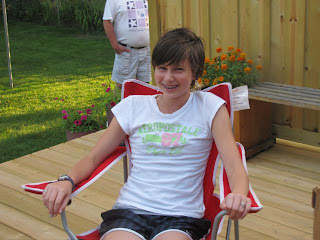 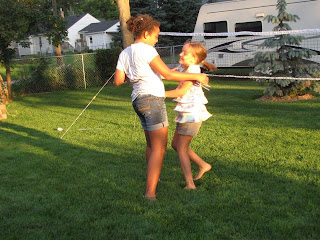 And then there were the speeches...Zoe kicked it off with a lot of laughing... 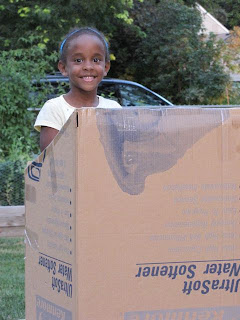 Followed by Raelea's recounting of the story of Adam & Eve. 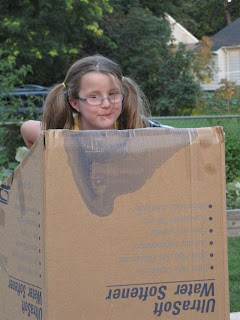 And Rachel finished it up with the story of Samson...complete with dramatics...I think she's destined to be an actress. 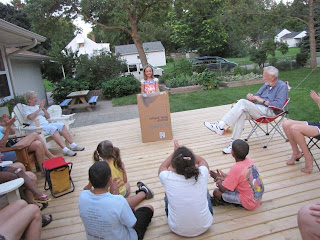 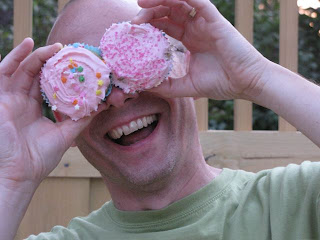 And then there's Nina...um...not quite sure what she's doing either...she had the camera most of the night....and managed to take 170 pictures in two hours... 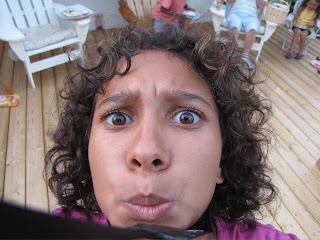 Ah, back to a little normalcy!   Aidan & his buddy Grandpa (and his ever present football, as well). 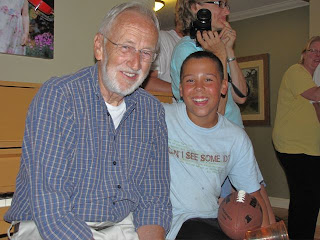