This trip has been so epic in so many ways that I'm not even sure where to begin.

Ahh, let's go back to the beginning.  Molly, Sylvia, Ben and I headed out at about 4:00 AM yesterday morning.  After an uneventful seven hour trip we arrived at the venue for the concert and met up with Kathy and Maggie. 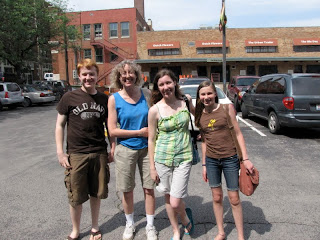 Much to our surprise....the place was quite empty.  No lines, no people waiting.  Apparently rabid fans are in short order, general, run-of-the-mill fans show up about three hours before a concert.  Rabid fans show up seven hours before the concert.  Now feeling no pressure to get in "line," We went and ate lunch.....on a wall. 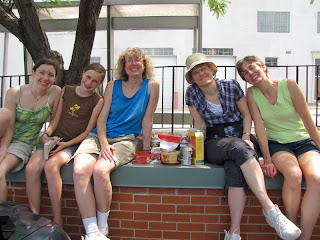 We used a little time to ascertain the information regarding the best gate to stand by and the best place to park.  This is where the VERY kind, helpful people come in, and then it was off to get in line.  There were seven people ahead of us - a group of teenage boys and three young women from Minnesota.  So there you see, we were not the only crazy people to drive from Minnesota for this concert.  Actually, you would not believe the number of Minnesotans we met yesterday who came down for the concert. 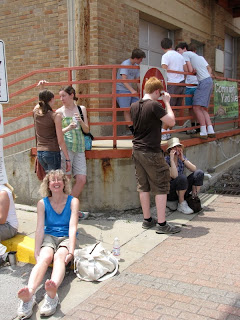