Today is the three year anniversary of the hardest day of my life!  It was a beautiful day, it was a God-ordained day, but it was a very, very hard day.

Three years ago, this week, Chris, Evan, Molly and I were in Ethiopia to pick up Marcus and Zoe.  It was an amazing week and Ethiopia is an amazing place.  The people are beautiful, the country is beautiful.  I would love to go back!  Really words can't describe a place like Ethiopia.  There is so much suffering and pain, yet in the midst of it all there is so much beauty and joy.  My words fail me when I try to explain it.

Anyway, back to three years ago TODAY.  While we were in Ethiopia we were blessed to be able to meet Marcus & Zoe's father.  Our agency arranges these "birth family" meetings as a way of connecting the first families with the adoptive families.  Having met the "birth families" of all of our other adopted kids, we felt somewhat prepared for this meeting. Oh, were we ever wrong!  There is nothing on earth that could have prepared us for entering into another person's grief the way we were allowed to that day!  The love that their father had (and no doubt still has) for them was overwhelming, as was his grief.

This was different than anything we had ever experienced before.  With our domestically adopted kids, we knew they would be able to see and have a relationship with their biological families.  This is not meant to minimize their grief, by any means, I know that they have suffered more than I will ever know, but this was different.  This man might never see his kids again, he had no way to fully grasp how far away we were taking them, he had no other choices or options.  If and when he meets them again, they will be "foreign" to him, in the sense that they won't speak his language, their life experience will be a totally different from his.  Words fail me again.

Anyway, not to be a downer or anything, but this is the anniversary of an important day in my life and while not a day to celebrate, it is a day to remember.  A solemn day.  If you are so inclined, you can pray for Demisse.  That God would comfort his heart and sustain his life and health until the day in the future when, Lord willing, Marcus and Zoe can go back to Ethiopia and see him again.

And now for some pictures from three years ago...

This was taken very early in the morning on our trip down to meet their dad. 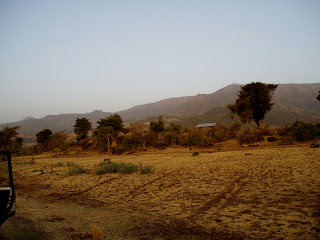 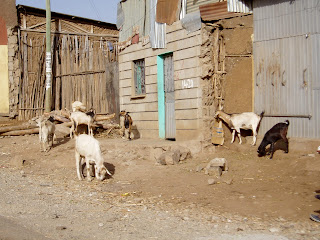 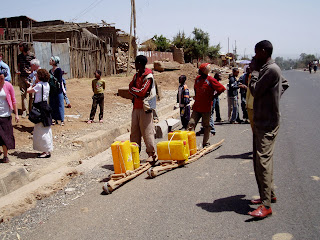 This is a typical home in rural Ethiopia.  Despite what we might think, the interior is extremely neat and tidy. 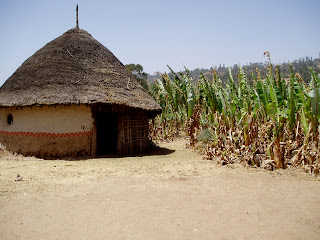 And last, but very far from least, here is what Marcus and Zoe looked like three years ago :-) 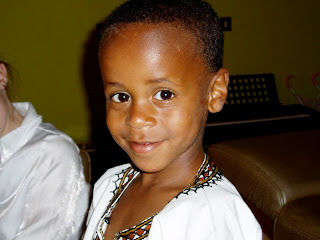 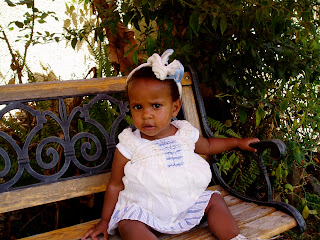